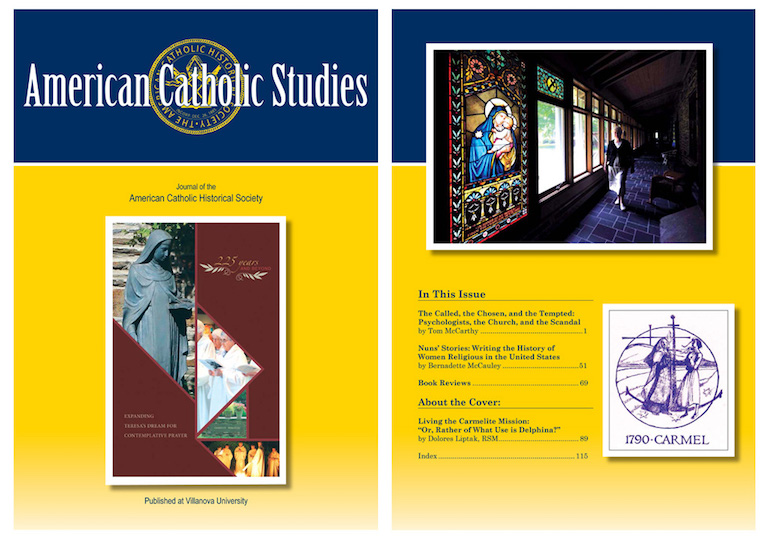 In 1813, Delphina Smith became the twenty-third candidate to be professed at the Carmelite monastery in Port Tobacco, Maryland. Entering this religious house – unique because it was the first religious house to be established by our nation's first bishop – she was being professed in a monastery that was unique in still another regard. Amazingly, this cloister had been founded in 1790 by four Carmelite women religious who had already been very much involved in the monasteries they had entered in the Low Countries (now Belgium and the Netherlands). Three of the four, however, had actually been born in Maryland and had close generational ties there. Now, as missionaries, they planned to begin America's first Carmel; none had any intention of engaging in the needed apostolic service that the new environment demanded. Instead, they expected to continue their witness to the gospel through strict enclosure just as they had been doing in Europe. Almost immediately, the nuns clarified their intention when asked by Bishop John Carroll to take up active ministry at Port Tobacco. Decades later, Delphina must have recalled the intentions of the founders when, in poetic form, she penned her thoughtful words regarding her personal "usefulness" in this new land. After all, she clearly understood, as Carroll had, that her community was perceived by Americans as decidedly countercultural in a rapidly growing country that could hardly comprehend the notion of a "hidden life" of constant prayer. No wonder this prayerful young woman questioned whether she could be "of use" to both society and church in such circumstances.

Issue
Vol 125 No 4: Winter 2014
Section
About the Cover
Author Biography

A Sister of Mercy of the Americas with a doctorate in American history from the University of Connecticut, Dolores Liptak has devoted more than 60 years of her religious life to being an educator, author, and archivist. Among her many published works are Immigrants and Their Church, part of an award winning series, and Pioneer Healers, a study of Sisters in health care. Presently, Sister Dolores continues her work as a teacher of church history at Holy Apostles College and Seminary in Cromwell, CT. As an archivist, she pioneered the creation of the Archivists for Congregations of Women Religious and became its first President as well as board member and newsletter editor for many years. It was this particular ministry that led her to organize and computerize several key religious archives, including the precious Baltimore Carmel archives that have formed the basis for this article. For more information on this article please contact the author: sdliptak@aol.com.